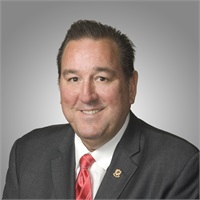 Ben studied finance and economics at Michigan State and San Diego State.  He entered the insurance business in 1997 with Knights of Columbus.  As an agent, he distinguished himself as a Life Member of the Million Dollar Round Table (MDRT), achieving Court of the Table level 5 times; and became the #1 producer for his fraternal order nationally six times.

In 2006, he moved into management as General Agent for the Knights in CA, and quickly moved into the top 10.  He ultimately became the #1 GA in the country for his fraternal, with over 100 producers in his agency.  After retiring from the Knights, Ben joined MassMutual in 2020, and was appointed Managing Director of FFG’s Whittier District Office, where he is building an award-winning team and continuing his own private practice.

Ben has given back to his company and his community for the last two decades.  He has served on numerous Boards and Committees, for both non-profit, and for-profit organizations.

He has been married to his wife Julie for 27 years.   His hobbies include reading and study of all kinds of subjects; College Football; fitness (walking, martial arts); and real estate investment.  And, he is finishing his Chartered Life Underwriter (CLU) designation.