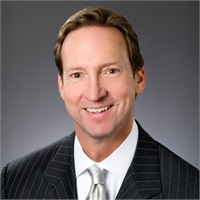 Grant Fraser graduated from USC with a degree in Business and is a life-long resident of Southern California. He started in the insurance and financial services industry in 1983 with the Los Angeles Agency of MassMutual as an agent. He distinguished himself in his first 5 years as a top advisor and was invited to become part of the agency's management team.

Grant took over leadership of the agency in 1994. Since then, he has worked to build its footprint throughout Southern California and Hawaii. Today, Fraser Financial Group has over 120 associates, making us one of the oldest and largest financial service firms in the nation.

He is married and has two grown children with whom he shared an interest in scouting--both father and son are Eagle Scouts- and his daughter was the equivalent in Girl Scouts. Grant is a golfer and a member of the Wilshire Country Club. He is also a member of the prestigious Young Presidents Organization. Grant never severed his relationship with USC, maintaining his alumnae support as well as becoming one of the original founders of the USC Marshall School of Business Family Business Program. And, he is very active with the MassMutual GA Association, as a Past-President.