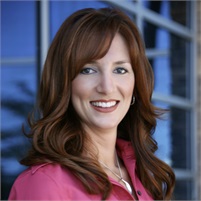 Lindsey graduated from Cal State- San Bernardino and began her career as a realtor in Nevada and Idaho, where she distinguished herself as a top producer on RE/MAX’s #2 ranked team in the world.

In 2007, she entered the insurance and financial services arena with NY Life, and became an Executive Council member there in her first two years, also winning national recognition in Long Term Care planning.

Lindsey is a Certified Financial Planning Practitioner (CFP®) and has a thriving private practice in Bishop, CA, where she serves on the board of her local Rotary Chapter and the Patrick Kelley Youth Foundation of Las Vegas.  She was also a founding member of the Las Vegas Young Philanthropist Society; and served on the board of directors for S.A.F.E House, a non-profit organization supporting victims of domestic violence.

Her most favorite pass time is enjoying the outdoors with her two young daughters, Tilley and Piper, and husband, Chris.