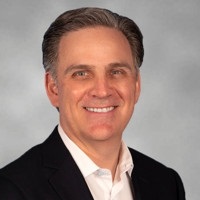 Paul Karlitz received his degree from Syracuse University, and began his career in financial services in 1995 with The Guardian. After just three years, he joined their management team.  In 2007, Karlitz joined Lenox Advisors in NY as Managing Director and became a partner in 2015.  During Paul’s 14 years at Lenox he helped grow Lenox from 15 local advisors to 110 advisors nationwide. In 2014, Paul moved to Los Angeles to spearhead the growth of Lenox’s west coast offices in LA & SF. Paul’s accomplishments have been recognized by GAMA International (now FINSECA) for his accomplishments in career development, including earning the CDA Award/Frontline Leader Award over fourteen times. Effective August 1st 2021, Paul Karlitz was appointed co-general agent alongside Grant Fraser.

Committed to giving back to the financial services industry and his community, Paul regularly volunteers his time with: AALU (now FINSECA) as an Ambassador, Covenant House (for homeless youth) and the Society of Financial Services Professionals (Board Member).

Paul lives in Palos Verdes Estates, CA with his wife, Jeannie, and their two sons, Lane and Jackson.